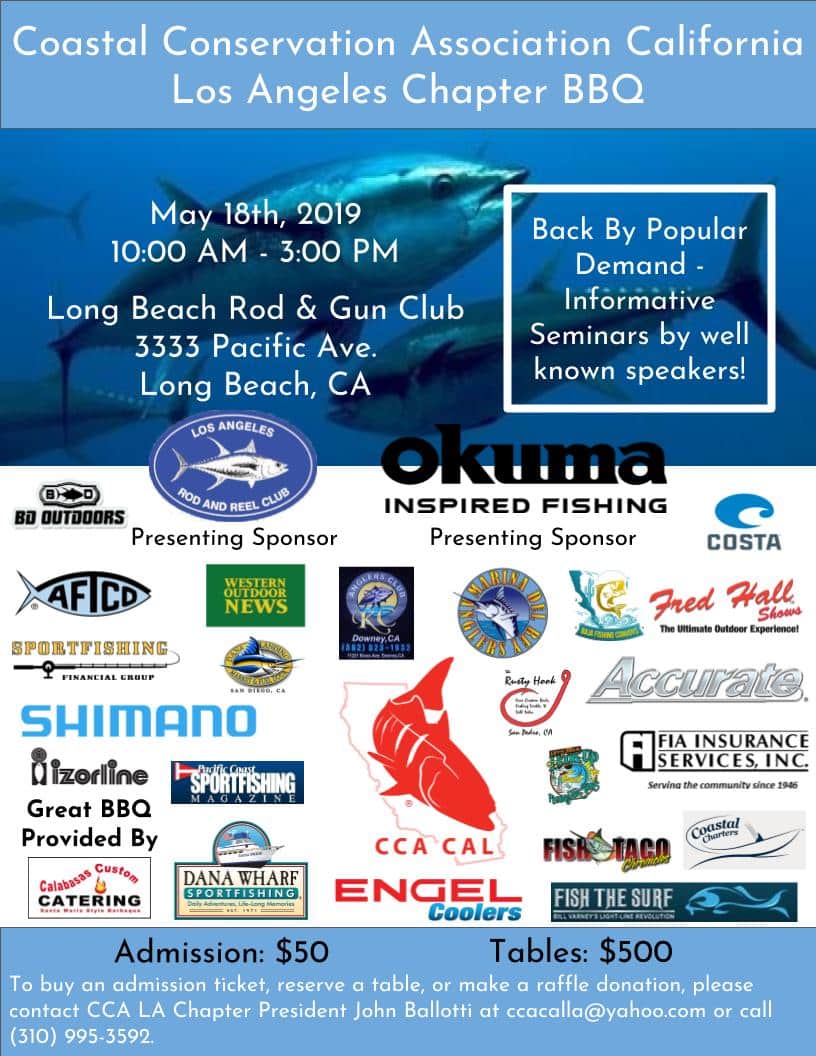 The CCA Los Angeles Chapter will be hosting their annual summer barbecue on May 18th at the Long Beach Rod & Gun Club! Come on out and enjoy great food from Calabasas Catering, and learn from great, informative speakers as well.

Speaking at the banquet will be:

Ben Secrest – Well known experienced angler and speaker will discuss tackle for the upcoming offshore season. Learn from an expert.

Cacer Chang – legendary rod maker with an encyclopedic knowledge of fishing. He will discuss and explain the differences in rods and their uses. You will be a better angler and better prepared to choose the right rod for each fishing opportunity after listening to Cacer.

In addition, we will have fantastic live auction and raffle items available as well. They range from Trust, Will, and Estate Planning (valued at $2,300) to a helicopter trip to Catalina for 3! Premium Rod and Reel Combos, and a 6-pack charter trip will also be rounding out the items available to you. Plus more!