Hear From CCA CAL Board Members Regarding AB3030 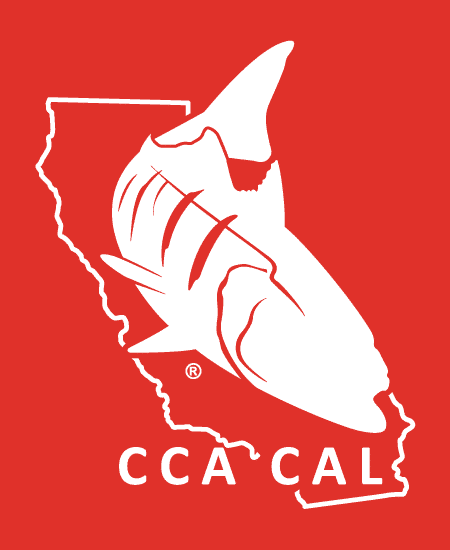 AB3030 is California legislation now racing through our legislature. You need to be concerned as it has the very real potential to drastically change our fishing lives for the worse. What started as an international environmental community plan/goal to restrict the use of 30% of all land and water on earth to protect biodiversity is now being driven to the extreme here in California with an ocean focus on additional marine protected areas. Protecting biodiversity is a shared value of all conservationists including anglers. As the true ocean conservationists, saltwater anglers support healthy oceans and fish populations. As the primary users of the public ocean resource we also understand that biodiversity protection does not require “no take” policies for success, a fact that is lost on the supporters of AB3030.

Aside from pushing protected areas, AB3030 has several other problems. Some are, misleading statements, or lack of clarity and definition, or misrepresentation of the actual current level of ocean protection. California oceans are some of the best protected waters in the world. That is the result of effective management including seasons, size limits, gear restrictions, the only saltwater fish hatchery on the west coast, and more. And let’s not forget that added to this protection is 16% of our ocean waters are locked up in “no take” protected areas as well as other restricted fishing areas and marine sanctuaries. While protecting 30% of the land and water in many areas around the world is needed that is not the case in California. When all of our protections are considered, way more than 30% of California’s ocean waters are already protected.

To sell their misguided effort, the supporters of AB3030 claim that legislation is needed to protect California’s ocean biodiversity. They say that problems such as climate change, sea level rise, freshwater runoff, ocean acidification and red tides are all evidence of needed additional protection. While these are all real concerns, AB3030 with its protected areas will do nothing to help with these issues but will rather simply further restrict the fishing public’s access to public waters.

CCA CAL, and other recreational fishing organizations have offered the author and sponsors of AB3030 amendments to remove the push for protected areas, to correct misleading wording, to define “protection” and to be more honest about the actual state of current protection here. Our amendments have been ignored as their response continues to be “we have not yet had time to consider them.” The more I learn about AB3030 the more convinced I am that AB3030 is MLPA 2.0. It is being run by many of the same environmental groups as before with a very similar long-term strategy which ends by kicking us off the water. What a shame that AB3030 as currently written will now once again create a war between the environmental community and recreational anglers when both communities and the ocean would be better off if we found ways to work together on efforts that would actually support biodiversity and a healthy ocean.

AB3030 is now a major priority of CCA CAL. If we are to be successful in preventing MLPA 2.0 by defeating AB3030, we will need a large portion of the 1.2 million anglers in California to get involved. For additional information about AB3030 and how you and your fishing friends can help, go to www.ccacalifornia.org.

A Letter From CCA CAL Executive Board Member Bart Hall

My family has been producing events about outdoor recreation here in California for 75 years.  Over the last three quarters of a century we have become the world’s largest consumer sportfishing show. We represent the Californians that want our oceans, lakes and streams to be healthy so that our children, grandchildren and great grandchildren can have the same fishing experiences that we have had.

However, right now we have a big problem…the biggest problem California anglers have ever faced. Current California legislation, AB 3030, is racing through our legislature. What started as an international environmental community goal to restrict the use of 30% of all land and water on earth to protect biodiversity is now being driven to the extreme here in California with an ocean focus on additional marine protected areas. Protecting biodiversity is a shared value of all conservationists including anglers. As the “true ocean conservationists”, saltwater anglers support healthy oceans and fish populations.  AB 3030 ignores the contributions of California anglers, the “active conservationists”.

AB3030 does not recognize that California has some of the most protected waters on earth.  In California there is a network of over 145 Marine Protected Areas.  Proponents of MPA’s have pointed out that they “only” closed 16% of the California oceans.  What they don’t point out is that the 16% they closed represented, by some counts, over 40% of California’s fishable waters.  The same formula will be used when they close 30% of the remaining waters and those closures would decimate recreational angling.

The language in this bill is frightening.  They talk about correcting climate change, sea level rise, runoff, ocean acidification, red tides and protecting California biodiversity.  These are all real concerns, but putting more Marine Protected Areas in place and restricting anglers’ access to traditional fishing grounds will not solve those problems.

Biodiversity protection does not require “no take” policies for success, a fact that is lost on the supporters of AB 3030.  Anglers can use size limits, slot limits, bag limits seasonal limits and our ultimate weapon…Catch and Release.  The authors of this bill do not care about sportfishing anglers.  They have not been acting in good faith with the sportfishing community.

The supporters of AB 3030 have raised nearly one billion dollars for their global effort.  The Coastal Conservation Association of California, along with many generous companies and individuals, is leading the fight against AB 3030.  But we need money to fight this bill.  We need lots of it.  In my lifetime it has been very hard to get anglers motivated to support fishing politics in my home state.  But without a substantial influx of cash, we will fail.  If every saltwater angler donated $10.00 we would win.  If only 100,000 anglers donated $15.00 we would win.

However, without financial support from the sportfishing community, we will fail and sportfishing, as we know it, will die.  Please give generously to CCA CAL…before it’s too late.