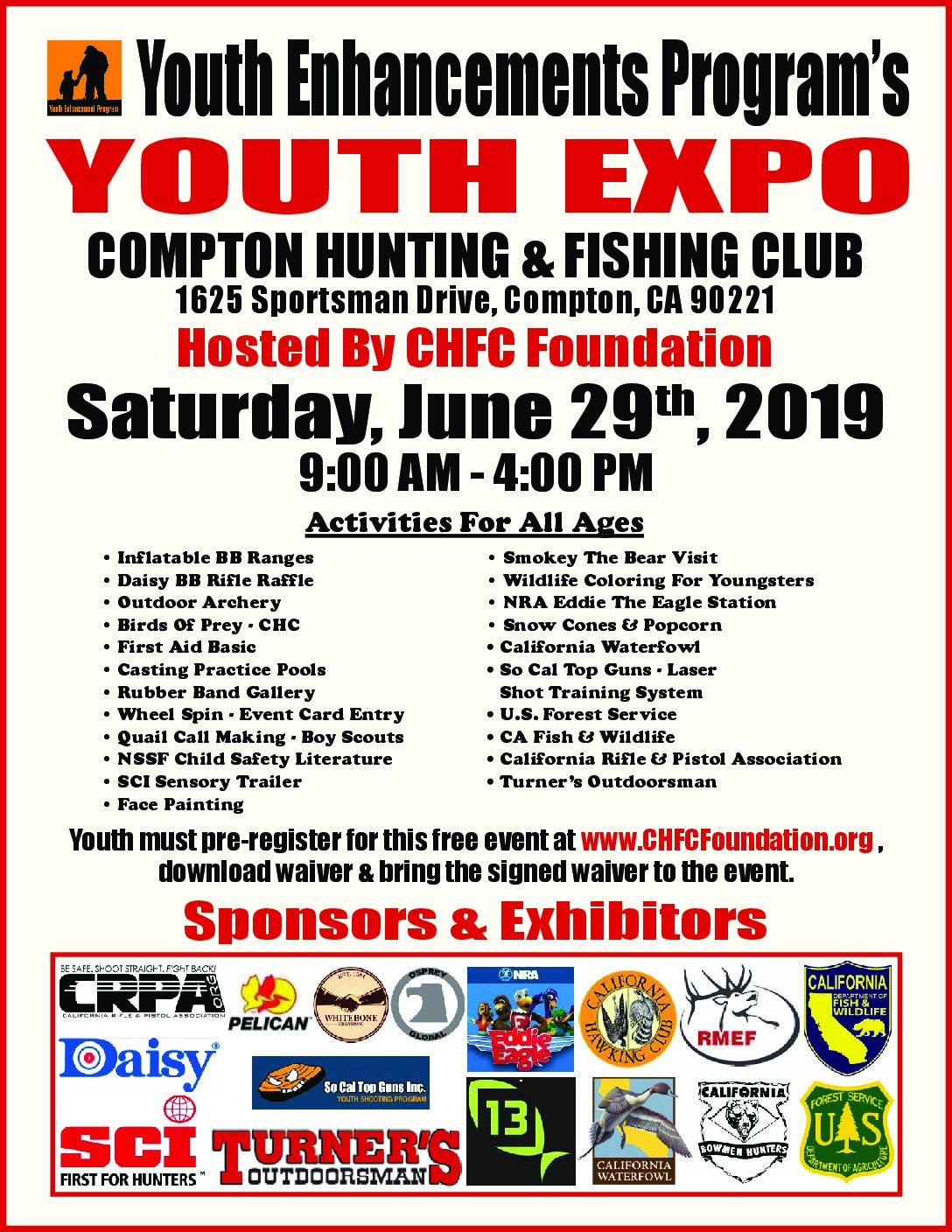 The CHFC Foundation will be hosting their 2nd Annual “Youth Expo” on Saturday, June 29, 2019 from 9:00 am to 4:00 pm. All youth must pre-register for this free event at www.CHFCFoundation.org plus download waiver and bring signed waiver to registration table the day of the event. Car Pooling is recommended-limited parking.

Youth must pre-register for this free event at www.CHFCFoundation.org , download waiver & bring the signed waiver to the event.

The CHFC Foundation realizes the need to work harder than ever to introduce new, younger people and more women into the hunting, fishing and shooting sports. CHFC Foundation started their own “Youth Enhancement Program” to bring these younger people into the sports we all enjoy so much. They will have information on other activities planned for the upcoming year at the expo. There will be fun, safe and educational activities for all ages at the expo.

Last December, CHFC took 77 kids fishing and this year they will take a group of kids ocean fishing plus another freshwater trip in November. To see some of the sights and sounds from last year, make sure to watch this video recap!