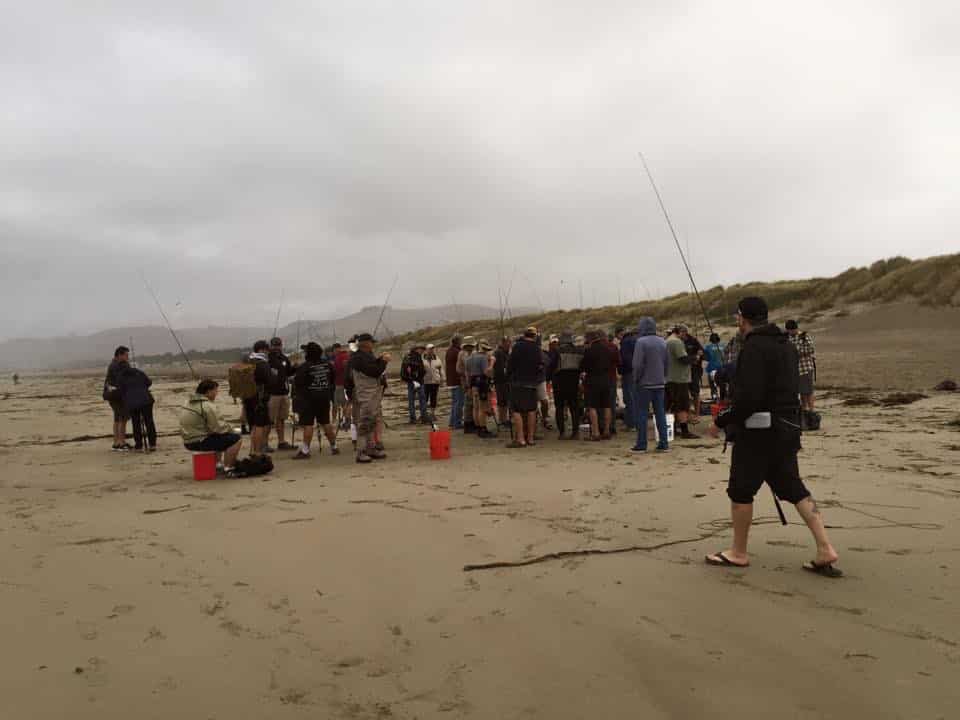 This past weekend, Bill Varney and CCA CAL Executive Director Wayne Kotow made the trip up north to Morro Bay for another Surf Fishing Seminar, which was hosted by Virg’s Landing in Morro Bay.

The seminar on Friday evening had a full house as over 60 people were in the room to listen to Bill Varney, who is a CCA CAL State Board Member and is also one of California’s greatest surf fishing guides. All of those in attendance were able to learn more about surf fishing, and also learned about what we are doing at CCA California.

The next morning brought great fishing as many of those same people came out to the beach to fish with Bill and get hands-on guidance from himself and his partners. You can view all of the photos from the day in our photo album.

If you are in Morro Bay (or nearby), make sure to contact us as CCA CAL is looking to build our next local chapter there!