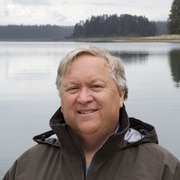 Gorelnik has fished recreationally in California since he was a kid in Southern California. He now fishes offshore of the San Francisco Bay area for salmon, tuna, groundfish and Dungeness crab. Gorelnik serves on the board of directors of the Coastside Fishing Club, Golden Gate Salmon Association, and CCA CAL. With the Coastside Fishing Club, Gorelnik began a salmon acclimation program at Pillar Point Harbor that has improved salmon harvests by commercial and recreational fishermen in California and Oregon.

Gorelnik has served on California’s Dungeness Crab Task Force and worked with the California Fish and Game Commission to improve regulations governing the recreational harvest of salmon and Dungeness crab. Prior to his Council appointment, Gorelnik served on the Council’s Salmon Advisory Subpanel.

CCA California would like to congratulate Chairman Gorelnik on this accomplishment, and recognizes all of the hard work, dedication and sacrifices that he has made on behalf of CCA CAL during his tenure as Vice Chair of PFMC. We are looking forward to working together!