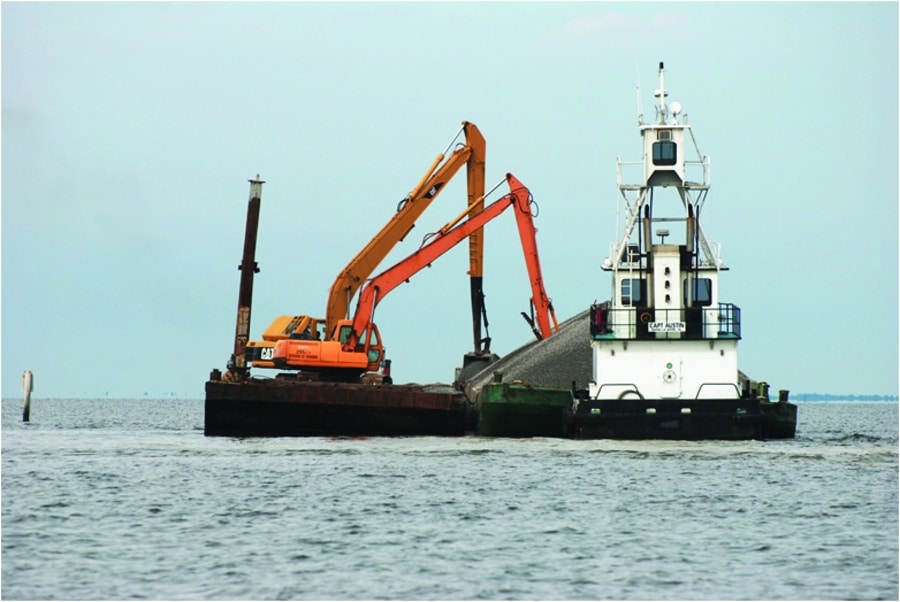 The Alabama Marine Resources Division (MRD) completed an artificial reef enhancement project on P. Grey Cane, Jr. and Fish River Reefs in Mobile Bay this summer, the result of an ongoing partnership between CCA Alabama and the state to enhance habitat within Alabama’s inshore waters and increase recreational fishing opportunities. CCA Alabama contributed $80,000 towards the project, which was matched by MRD’s Sport Fish Restoration funds provided by the US Fish and Wildlife Service. 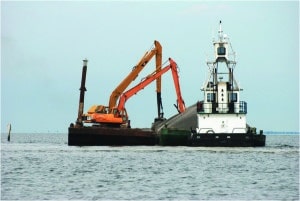 “This was another opportunity for recreational anglers to give back to the resource and ensure that there is a quality fishery for our kids to enjoy,” said Russell Cunningham, chairman of CCA Alabama. “We are extremely proud of this effort and look forward to working with our partners at MRD to on more projects to ensure that the citizens of Alabama will always have access to the healthy marine resources we cherish.”

Over the years, some oysters have been observed within the reef footprint but they have not settled in large enough numbers to maintain high quality fish habitat and as such the reefs have degraded.  Due to the lack of natural replenishment the Marine Resources Division settled on using crushed limestone rock for this round of enhancement.

“Recent surveys of theses reefs taken by Marine Resources staff assisted with the identification of areas needing extra material and helped to make the project more efficient,” stated Blankenship. “Although the rock does not have as much complexity as oyster shell, the material should last much longer.”

Just over 5,000 tons of limestone rock was placed on P. Grey Cane Jr. Reef, which resulted in adding 3 inches of relief to the reef except in the northwestern corner of the reef which had significant shell remaining and only required a light deployment of rock.  Nearly 4,000 tons of crushed limestone was evenly distributed over Fish River reef.  Some of the limestone was used to expand the northern portions of the reef footprint where it was deployed to a depth of 3 inches. The P. Grey Cane Jr. and Fish River Reefs were originally constructed using oyster shell in 1996 and 2001, respectively.

These are the latest habitat enhancement projects undertaken by CCA Alabama and MRD.  In September 2011, the state announced a partnership to complete the massive Bayou Cour Reef in Bon Secour Bay. The Bayou Cour Reef is a 34-acre reef located about one mile north of the Intracoastal Waterway in the Bon Secour Bay arm of Mobile Bay.  That $163,000 project was made possible with funds from MRD, a $55,000 donation from the CCA Building Conservation Trust, and through donations from other sources, including CCA Alabama’s license tag program.