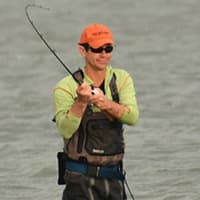 Murray was a light-tackle fishing guide in the Galveston Bay complex prior to coming to CCA. He has been a lifelong advocate for marine conservation issues and serves on a number of Boards, including the National Fish Habitat Action Plan, the University of Texas Marine Science Advisory Board, Texas A&M Harte Research Institute Board and the Texas Parks and Wildlife Foundation Board. He is a published author and serves as consulting editor for TIDE magazine. 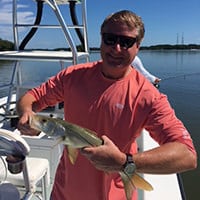 Before joining CCA, Paxton was senior counsel to the U.S. Senate Committee on Commerce, Science and Transportation. He spent more than five years in the U.S. Senate working on legislative and policy issues focused primarily on natural resources, environment and fisheries matters. As senior counsel on the Commerce Committee, he worked on the development and drafting of the Magnuson-Stevens Fishery Conservation and Management Reauthorization Act of 2006. He also oversaw several subcommittees that dealt with fisheries issues and policy, and worked almost exclusively on the Magnuson-Stevens Act for the chairman of the committee at that time, Senator Ted Stevens (R-AK).

Before joining the Commerce Committee, Paxton was the Legislative Director for Sen. Stevens where he worked on numerous legislative and policy issues involving fisheries in the North Pacific. He earned his degree in Political Science from the University of Washington and his Juris Doctor from Willamette University College of Law. He is a member of the Washington State Bar Association. 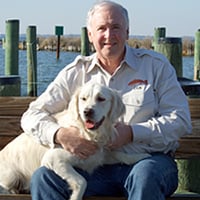 Robert G. Hayes retired in 2007 as a partner in the Washington DC office of Ball Janik. He is an alumnus of Boston University and received his law degree from Catholic University. After serving as a U.S. Army Infantry Lieutenant, he went on to serve as an attorney for both the National Oceanographic and Atmospheric Administration (NOAA) and for the National Marine Fisheries Service (NMFS). During that time, he was NOAA’s Southeast Regional Counsel and NMFS’ Deputy General Counsel. Hayes’ vast international experience also started with his work in NMFS. During his time as Director of the NMFS Office of Industry Services, he negotiated for the U.S. on bilateral fishery negotiations with Japan, Korea, Spain, France and Portugal. He went on to serve as a member of the U.S. delegation on the U.S. – Japan Subcabinet Committee on Trade, and was the White House-appointed Recreational Fisheries Commissioner for the International Commission for the Conservation of Atlantic Tunas (ICCAT).

Hayes has been CCA’s National General Counsel since 1985 and is one of the most respected voices on state, federal and international fisheries management issues. He was recognized by Outdoor Life magazine as the Conservationist of the Year in 2007. 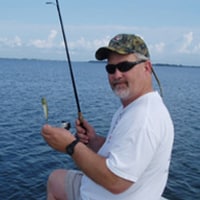 Brame is a member of the Operations Team for the Marine Recreational Information Program (MRIP) developing the nuts and bolts of the new data gathering program. He is also the liaison between the Operations Team and the Registry Team that is defining what the angler registry must encompass and what the states must do to comply with it.

Brame holds BS and MS degrees in Fisheries and Wildlife Science from North Carolina State University and worked for several conservation groups before coming to CCA. He served as the first executive director for CCA in North Carolina, from 1989 to 2000 and achieved notable fisheries management goals including passage of the Fisheries Reform Act of 1997. Under his watch CCA NC also successfully banned the use of fly-net trawls in the Atlantic to conserve dwindling gray trout stocks, banned shrimp trawling on weekends in inside waters, and outlawed the use of gill nets in a dozen high-use recreational fishing areas. 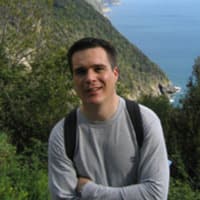 In 2004, Heikkila joined the Washington, D.C. office of Ball Janik LLP, a Portland-based law and government relations firm. During his time with Ball Janik, he represented several Pacific Northwest clients on natural resource, environmental and public land matters before the Congress and the Executive Branch.

Prior to joining Ball Janik, Heikkila served as a policy advisor at the National Oceanic and Atmospheric Administration where he focused on endangered salmon recovery efforts on the West Coast. With 27 stocks of salmon and steelhead listed under the Endangered Species Act (ESA), a wide range of public land management, hydroelectric energy, irrigation and transportation activities in the Pacific Northwest and California were subject to agency consultation and review. He had direct involvement in legislative, public affairs and policy development aspects of agency recovery efforts. 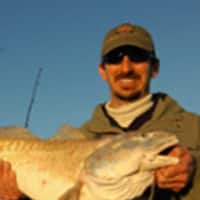 Prior to joining CCA, he worked for seven years as the Director of Communications for the Petroleum Equipment Suppliers Association, the oldest oilfield service association in the country. He is a member of the Texas Outdoor Writers Association. Venker holds a bachelor’s degree in Journalism from Texas A&M University. 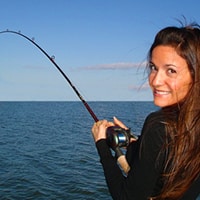 Heather Peterek joined CCA in 2011 as Communications Coordinator, maintaining all of the organization’s branding and marketing through print and web media. She is also the chief editor and designer for Rising TIDEmagazine, CCA’s youth publication, consulting editor for TIDE magazine, and CCA National social media director.

Prior to joining CCA, Peterek owned and ran her own graphic design, web design and marketing company. Born and raised on Galveston Island, Texas, Peterek is a lifelong fisherman who understands and has a passion for marine conservation as well as angler rights. She is a member of the Texas Outdoor Writers Association and has been a CCA member for as long as she can remember. 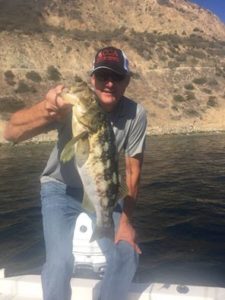 Robert Taylor serves as the Director of State Development for CCA National. Taylor travels to every state chapter and gives support with all of their fundraising and membership growth with each of the 227 local chapters in the United States. He has been involved with CCA since 1982 and have been an employee for almost 20 years.

Robert is a lifelong angler who has been fishing around the world for many years.